Posted originally on my personal blog

Pig Latin gets me every time. Or should I say…everytimeyay? I’ve come across the Pig Latin challenge a few times on different platforms, and it’s always a challenge for me (although it’s getting better).

On App Academy Open, the challenge is this: words that start with a vowel must have ‘yay’ added to the end, and all other words must have all letters before the first vowel moved to the end of the word with ‘ay’ tacked on at the end. For example, the word “trash” would turn into “ashtray”, while “apple” turns into “appleyay.”

How should I go about writing this function? My design (while not the most efficient) can be split into three parts:

The first step is easy. Basically, in pseudocode, if the first letter of a word is included in the string “aeiou” then we just return that word and add “yay” to it. So the first thing is to create a vowels variable and have it equal “aeiou”, then write the following code:

The next part is the tricky part. If the word does not start with a vowel, we need to identify where the first vowel is at in the word. Everything before the first vowel needs to be removed and pushed to the end of the word (adding the “ay” will be easy once we restructure the word).

My method to solve this is:

Iterating through the word to find the first vowel, then calling rotate_arr the necessary amount of times. 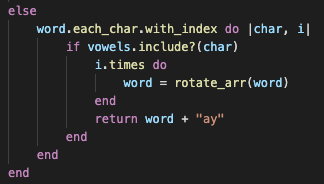 All in all, this code satisfies the requirements for pig latin! This took me a while, and several incorrect attempts, to get right. Having a do statement inside an if statement inside another do statement can be tricky to keep track of! Constant testing and reading helped me figure out the right order of things. Below is the whole code in its entirety. 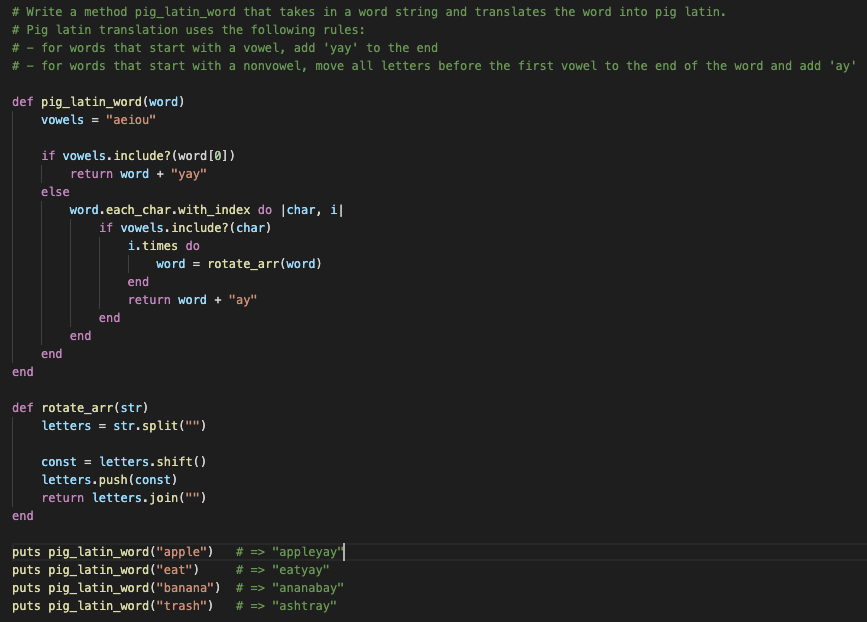 Why do we need an IP proxy?

Fenbendazole as a Potential Anticancer Drug

What is the Local Storage for?

Thanks for keeping CodeNewbie Community 🌱 safe. Here is what you can do to flag aaron: