As a beginner in the world of programming, choosing the best programming language to learn first can be overwhelming. With so many options available, it's difficult to know how to start.

It is the same with cars. A car is also a tool that transport people and card from place A to place B. Can you answer what is the best car? Is it a Lambo? Or Ferrari?

What if you have four children that you need to drive somewhere? In that case, the best car is a minivan.

To really choose the best programming language, you need to consider what are your goals with programming. Do you want to have a programming career or is it just a hobby?

If it is a programming career, then it is a good idea to know what programming language is wanted in your area. Open job boards and check.

You also need to consider what kind of applications you want to work with. Do you want to make games? Or are you interested in mobile applications? Maybe web applications are your thing. Machine learning is a hot topic these days. There are so many options to choose from.

But don’t worry, in this post, we will list popular programming languages and where to learn them for free.

Python is a popular, versatile language that is known for its simplicity and readability. It is a general-purpose programming language. Python has a large number of libraries that can be used for various branches of the industry.

It is a very easy language to learn, it uses indentation instead of curly braces and it does not need to use semicolons. Since it is easy to learn, it is often the language of choice of people that are not programmers like scientists, mechanical engineers, accountants, etc.

It has a large and supportive community, making it a great language for beginners to learn.

Resources to learn from: Start with our eBook, Automate the boring stuff with Python

JavaScript or JS for short is a popular language that is used to develop interactive web pages or applications. About 97% of pages use JS on the client side to control web page behavior. It is usually used in combination with HTML and CSS for frontend development.

It also has a large number of libraries that help you easily solve various types of tasks.

Resources to learn from: eDx, The Odin Project - it is a page that offers a full-stack JavaScript path for free.

(Do not confuse Java with JavaScript, they are not similar at all)

Java is an object-oriented, general-purpose programming language. Java was and still is a pretty popular language mainly because of the Java virtual machine (JVM) that enables to run Java code on many different types of devices.

It is commonly used for building large-scale, enterprise-level applications. It was also the main programming language to build Android applications until Kotlin become more popular.

Java has a syntax that is similar to C and C++ but it is not a low-level language as those two are.

Resources to learn from: learnjavaonline.org

Kotlin is a general-purpose, cross-platform programming language that was developed to be used on the Java virtual machine (JVM). It was designed to be a modern and more powerful version of Java, with improved performance and more useful features for developers.

Because it runs on the JVM, Kotlin code can be used alongside existing Java code and libraries, making it a popular choice for Android app development. Many developers find Kotlin to be more concise and easier to read and write than Java, making it a good language to learn for beginners.

Resources to learn from: JetBrains Academy

C# is a general-purpose language that is widely used for building a variety of applications, including web, mobile, desktop, and gaming applications. C# is similar to other popular programming languages like Java. It was developed by Microsoft and in the past, it was mostly used for developing applications for Microsoft systems.

Resources to learn from: Microsoft's official page - it has a bunch of video tutorials and documentation

Golang, also known as Go, is a programming language that was developed by Google. It is a general-purpose language that is designed to be fast, simple, and easy to use.

One of the key features of Golang is its support for concurrency, which allows developers to write programs that can easily run multiple tasks at the same time. This makes it well-suited for building systems that need to handle a lot of data or traffic.

Golang is also known for its strong focus on security and reliability, making it a popular choice for building secure and robust software.

Resources to learn from: Golang BootCamp - book that has everything you need to know to start with Golang

Swift is a programming language that was developed by Apple. It is a modern, powerful language that is used for building a wide range of applications, including iOS, macOS, watchOS, and tvOS apps.

Swift is known for being fast, easy to use, and safe, with a focus on writing clean, readable code.

Swift also has a strong focus on performance, making it well-suited for building apps that need to be fast and responsive. Many developers find Swift to be a good language to learn because it is powerful and versatile, yet still easy to understand.

Used for: mobile development (iOS) and other apps for Apple hardware

Resources to learn from: Official documentation

What would be the best programming language to learn?

If you still can’t decide, don’t worry. We would recommend starting to learn Python. It is a popular, simple, and broadly used programming language.

You can use Python for your hobby projects and later you can easily find a job if you know it.

If you change your mind in the future and want to learn some other language, you can do that easily. 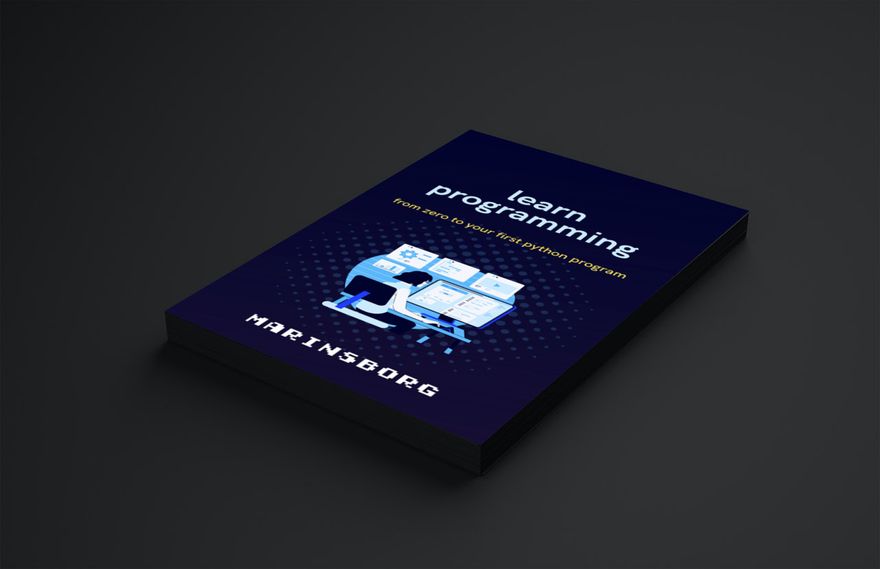 If you liked this post and want to see more of this, consider subscribing to our newsletter. We only send useful, beginner friendly information and once you subscribe you will get a free eBook that helps you start with programming titled "Learn programming: from zero to your first Python program".

Once suspended, marinsborg will not be able to comment or publish posts until their suspension is removed.

Once unsuspended, marinsborg will be able to comment and publish posts again.

Once unpublished, all posts by marinsborg will become hidden and only accessible to themselves.

If marinsborg is not suspended, they can still re-publish their posts from their dashboard.

Once unpublished, this post will become invisible to the public and only accessible to Marinsborg.

Thanks for keeping CodeNewbie Community 🌱 safe. Here is what you can do to flag marinsborg:

Unflagging marinsborg will restore default visibility to their posts.