The strangler pattern is used in scenarios when you're migrating from monolithic systems by extracting pieces of functionality and moving that functionality into new services.

Translating this to software - the idea is to have the new system or service be supported by the existing system. Both old and new systems coexist and once the new system is ready, it can take over and replace the old system.

The key benefit of the strangler pattern is to allow you to do incremental changes to the new system. Since the old system keeps running while you're making changes, you can stop or pause your migration at any point, without impacting the old system. During the migration, the traffic continues to be served by the old system.

There are three steps involved when implementing the strangler pattern. 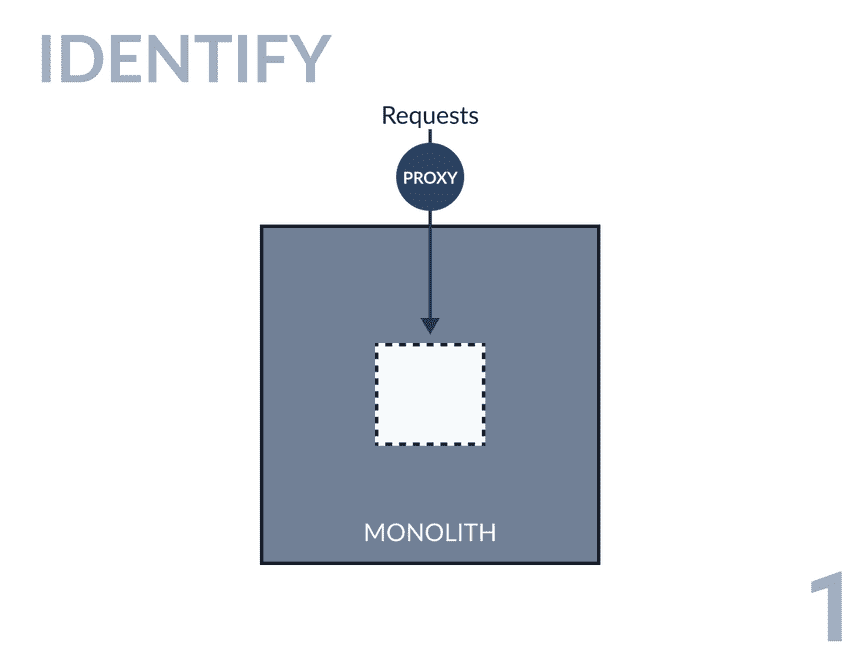 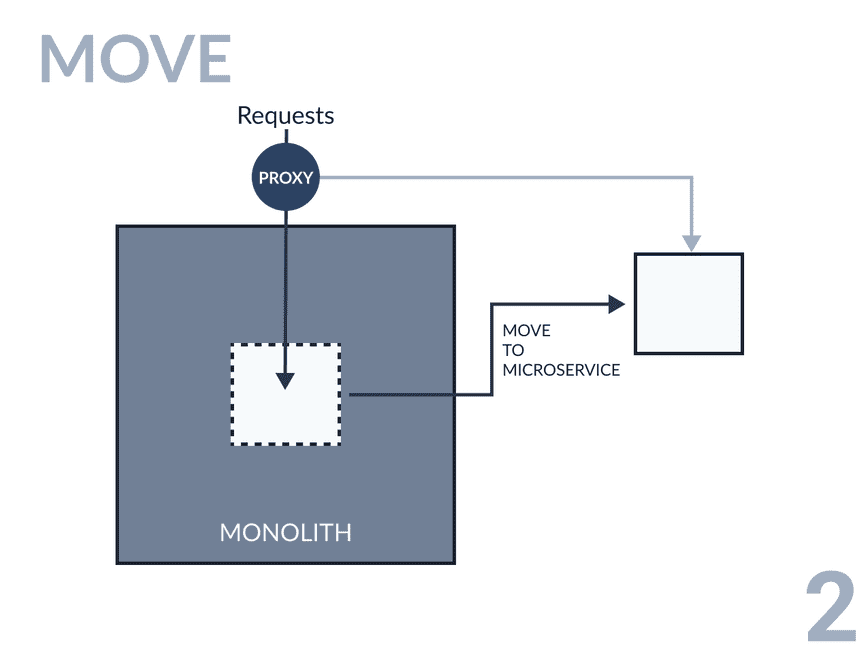 Once you have identified the functionality and you have the proxy in place, you can start extracting the functionality from the monolith and putting it into the new service. You can also break this step into multiple smaller steps. At first, you can only implement a service skeleton and return HTTP 501. Once you have that you can deploy the service to production, but don't release it. Deploying simply means that the service is running production, but it's not released and there's not traffic being sent to it. Doing this incrementally allows you to set up the CI/CD pipelines, ensure sure you have all metrics flowing, and also test this new service, without impacting the existing functionality. 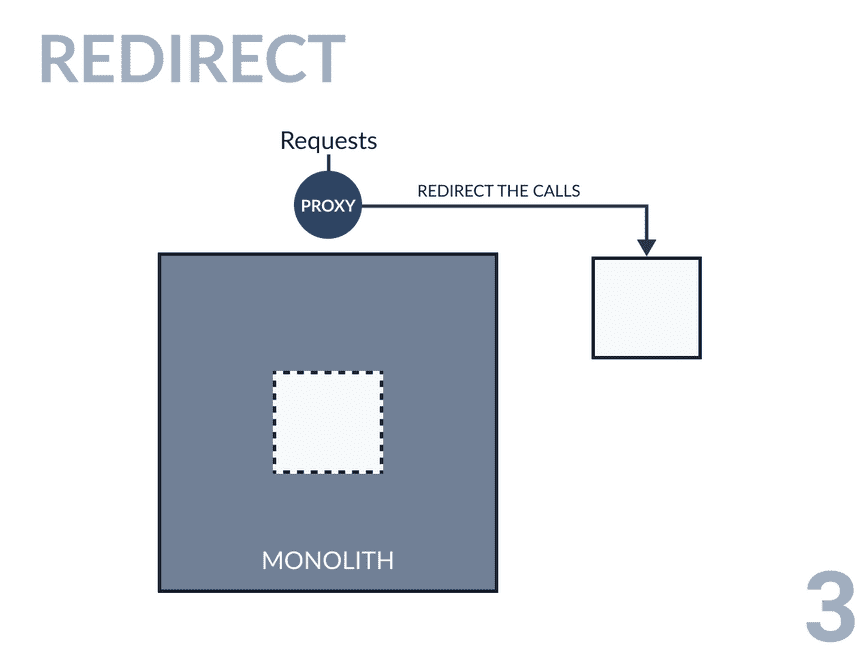 Once you have fully implemented and tested the new service you can update the proxy configuration and redirect the calls from the monolith to the new service.