Hello all, Hope you all are doing well. After so many backspaces and spending entirely my two days of time, I have designed a turtle game in Python. Let's talk deeply about this in this blog.

What's exactly happening here. We have a total of 6 turtles, of different colors which move with a random length. First, we should bet on a turtle, by entering the color of it. The turtle which first crosses the line is declared as a winner. The entire code is done in Python by importing turtle and random libraries.

The entire program is done by following the official Python documentation.

The random function is used to generate the distance(randomly), to be traveled by turtles. It's better to give screen size because it will be easy for us to locate the coordinates and change accordingly.

There is a function called textinput(), which opens a dialogue box and asks for user input.

Next, we should give our race turtles colors. So, that we can distinguish them. And also the coordinates where then should stand for the race.

The exact coordinates of all the turtles are classified using a for loop by taking the above y-coordinates and colors into consideration.

Now, the final thing we should do is to make our turtles move a random distance each time. And the turtle which reaches the other end of the screen at first is the turtle that has won the race. At the start, we place a bet on the turtle and if that turtle wins then we win and if it loses then we also lose.

The main advantage of setting the screen width and height is we can easily calculate the start and end coordinates by assuming the screen as a graph paper.

Images of the output

A. Giving "red" as the user input. 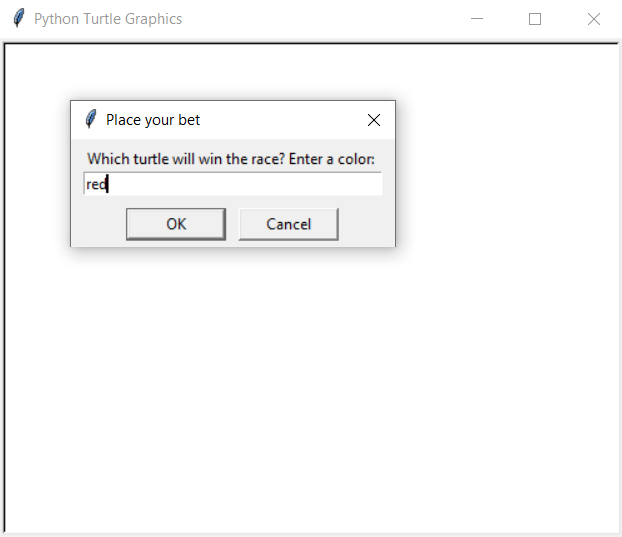 B. Image of how the turtles move. 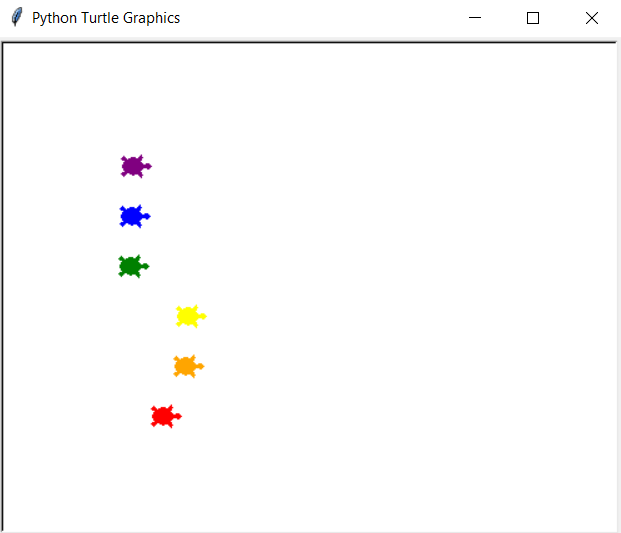 C. End of the race. Which says whether we won or lose the race.

The GitHub link of the project is attached here. Can check the code and feel free to contribute to it, to make this project even better.

You can connect with me on Twitter and LinkedIn .

Top Benefits for Business of DevOps You Must Know

What does it mean? ETL?

How To Compete As An Entrepreneur In The Global Marketplace

Once suspended, bharadwaj6262 will not be able to comment or publish posts until their suspension is removed.

Once unsuspended, bharadwaj6262 will be able to comment and publish posts again.

Once unpublished, all posts by bharadwaj6262 will become hidden and only accessible to themselves.

If bharadwaj6262 is not suspended, they can still re-publish their posts from their dashboard.

Once unpublished, this post will become invisible to the public and only accessible to Vishnubhotla Bharadwaj.

Thanks for keeping CodeNewbie Community 🌱 safe. Here is what you can do to flag bharadwaj6262:

Unflagging bharadwaj6262 will restore default visibility to their posts.