Well simply because heading tags are block elements and tags like <span> and<a> </a> (anchor) are inline elements.

But what are inline and block elements in HTML? And how these are different from each other, Let’s find out. But first, let’s discuss each of them briefly.

These elements occupy the whole horizontal line in which they are used irrespective of the content they may contain. They also have top and bottom margins. We cannot place any other element next to it on the same horizontal line. They start from the new line if used in any continuing line.
Some common examples of Block elements are:

Inline Elements
Unlike Block elements, Inline elements take only enough of the width as per the content they contain. They also don’t have any top and bottom margins like that of block elements. They can be used within any continuing line and don’t start or create any new line unless explicitly created.
Some common examples of Inline Elements are: 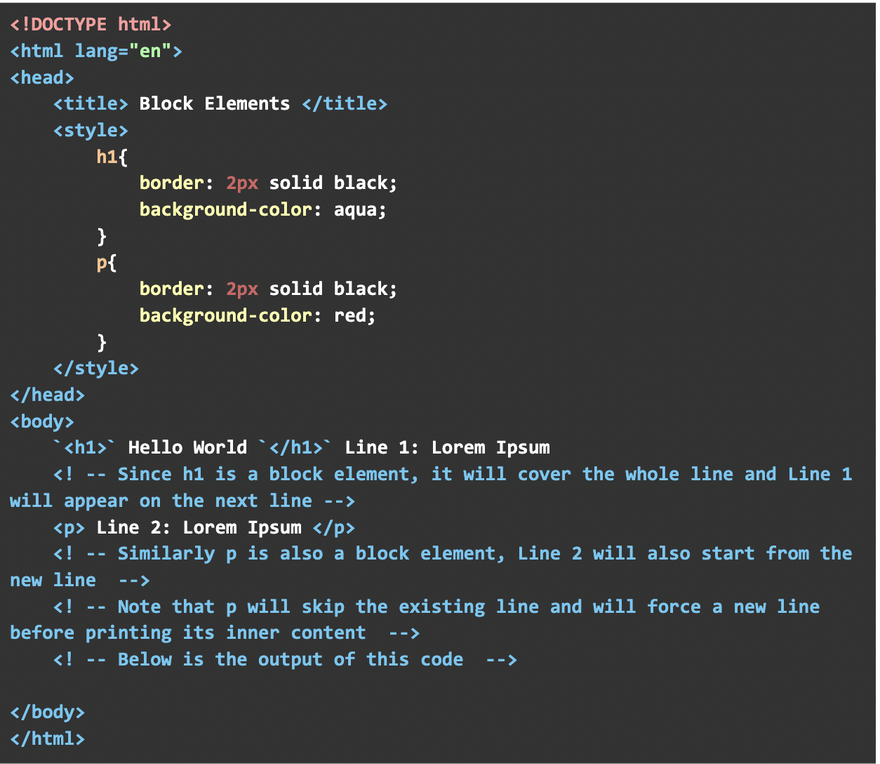 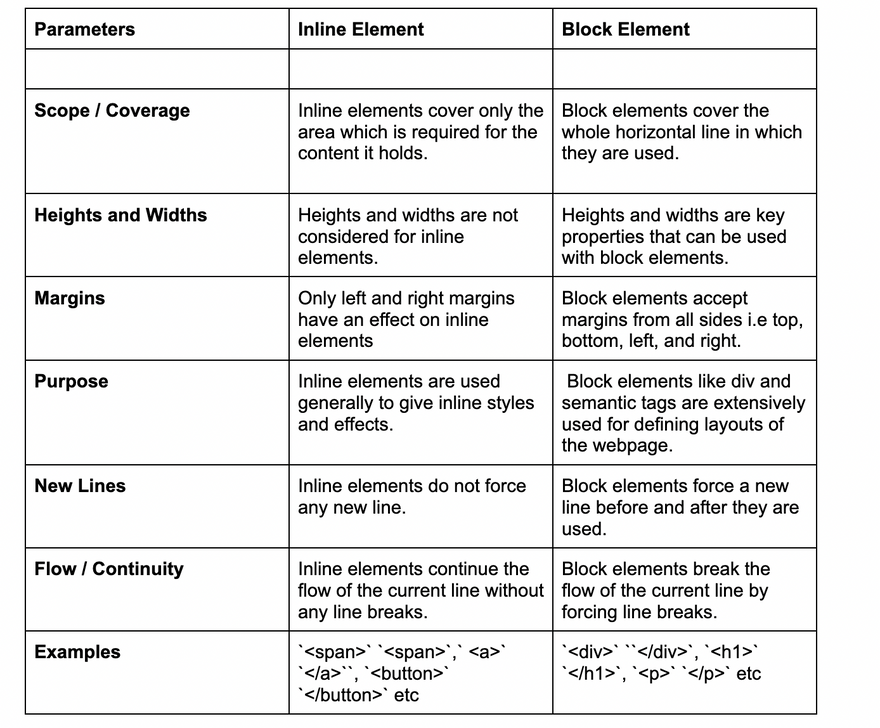 I need help with homework"

Once suspended, pj0613 will not be able to comment or publish posts until their suspension is removed.

Once unsuspended, pj0613 will be able to comment and publish posts again.

Once unpublished, all posts by pj0613 will become hidden and only accessible to themselves.

If pj0613 is not suspended, they can still re-publish their posts from their dashboard.

Once unpublished, this post will become invisible to the public and only accessible to PJ0613.

Thanks for keeping CodeNewbie Community 🌱 safe. Here is what you can do to flag pj0613:

Unflagging pj0613 will restore default visibility to their posts.