This article is brought to you by inspirezone.tech. An inspiring new developer community focusing on building skills through a welcoming online collaboration environment.

You're new to the world of programming and want to learn how to code. Where do you start?

When asking yourself 'what programming language should I learn first?' It brings up a whole other set of questions. For example, what are your motivations for wanting to learn to code?

Rather than basing your decision on a language you hear about the most or ones that are currently trending, we are here to guide you in answering these questions by providing 3 key factors to think about.

Some reflection exercises are necessary to ensure you make a decision that closely aligns with your short and long term goals.

Question 1: Why are you learning to code? 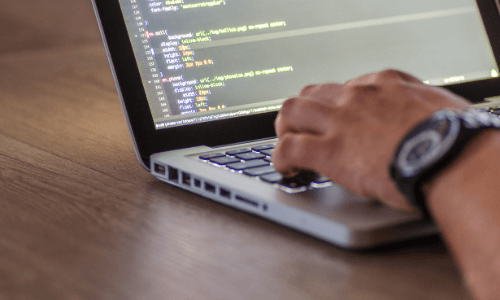 It’s important to think about exactly why you want to learn to code.

A: You’re just exploring and want to get a feel for how coding is like

If so then start with a language that introduces you to basic concepts of programming such as writing in a structured syntax. In this case, a language such as HTML and CSS should be a good place to start.

Sample HTML code. Getting used to structured syntax formatting is part of learning how to code.

Some may debate as to whether HTML and CSS are truly programming languages. However whatever the stance is on them, it will certainly touch some key concepts of what programming is about and the basics of using development tools. You can then use your initial experience to determine if coding is something you want to invest more time on.

B: You’re already set on learning to code and you desire to write functioning applications

In this case, you want to start with a language that will help you reach this end goal. The type of language to select will require a bit more thought so you can choose one that’s fit for purpose. The types of application you want to develop also plays a factor. We’ll go through this in more detail when talking about the next key factor to consider when selecting a first programming language.

C: You want a job as a programmer

Then look up programming languages highest in demand. This can be done by searching through job posting websites and analysing the most frequently mentioned language requirements.

Also, if you really want a job in a specific tech company then look up their job postings and see what languages are required for roles they want to fill.

Some caution however if your primary reason for learning to code is getting a job! Languages that are highest in demand as a job posting now may not be as high in demand a few months from now. Jobs with the highest earning potential might not be in the field you'll enjoy. Also, once you land that job you may find the experience of working as a programmer very different to when you were doing it as a side hobby.

In terms of working for big tech companies, you might want to consider the level of experience required and potential high competition. Not to discourage you, of course you can achieve anything you put your mind to!

Question 2: What technologies and industries interest you? 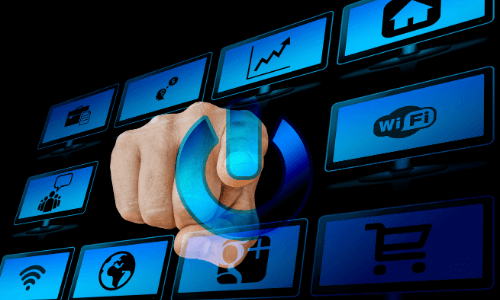 Look around you – your PC, mobile, smart speaker, TV, video game consoles, the web browser you’re using to read this…

What technologies do you see and think, YES, I would like to know how that works and possibly write an application for such a technology some day?! If one jumps out to you, you’ve found a potential driving factor in selecting a first programming language.

You see, there’s a reason why many programming languages exist. It’s because one language can’t be used to write software for every technology that’s out there.

If you’re curious about developing applications that runs on a PC, then choose a language supporting that platform. Or if you’re more interested in writing mobile apps, there are languages designed for that purpose. Is your dream to know how to write software for video games? Some languages are better than others for making video games. Interested in smart devices and the IoT technologies driving them? A number of languages are more efficient than others for such technologies.

Hopefully you get the picture by now: Selecting the ideal programming language greatly depends on the application and technologies you are developing for.

If there’s a technology you are passionate about and are determined to write applications for as your end goal, select a language that supports development of that technology. If you have a genuine interest in a particular technology, use it as your driving factor when selecting your first programming language.

As a rough guideline, the illustration shown below provides a list of popular programming languages and applications they are commonly used to develop. This can be used to aid your decision of selecting a first programming language if your interest in a particular technology is a driving factor in starting your coding journey.

Please note, in reality different languages can be used to develop a wide range of applications. For example, while C++ and C# are typically used for video game development, several other languages like Python and JavaScript can also be used. 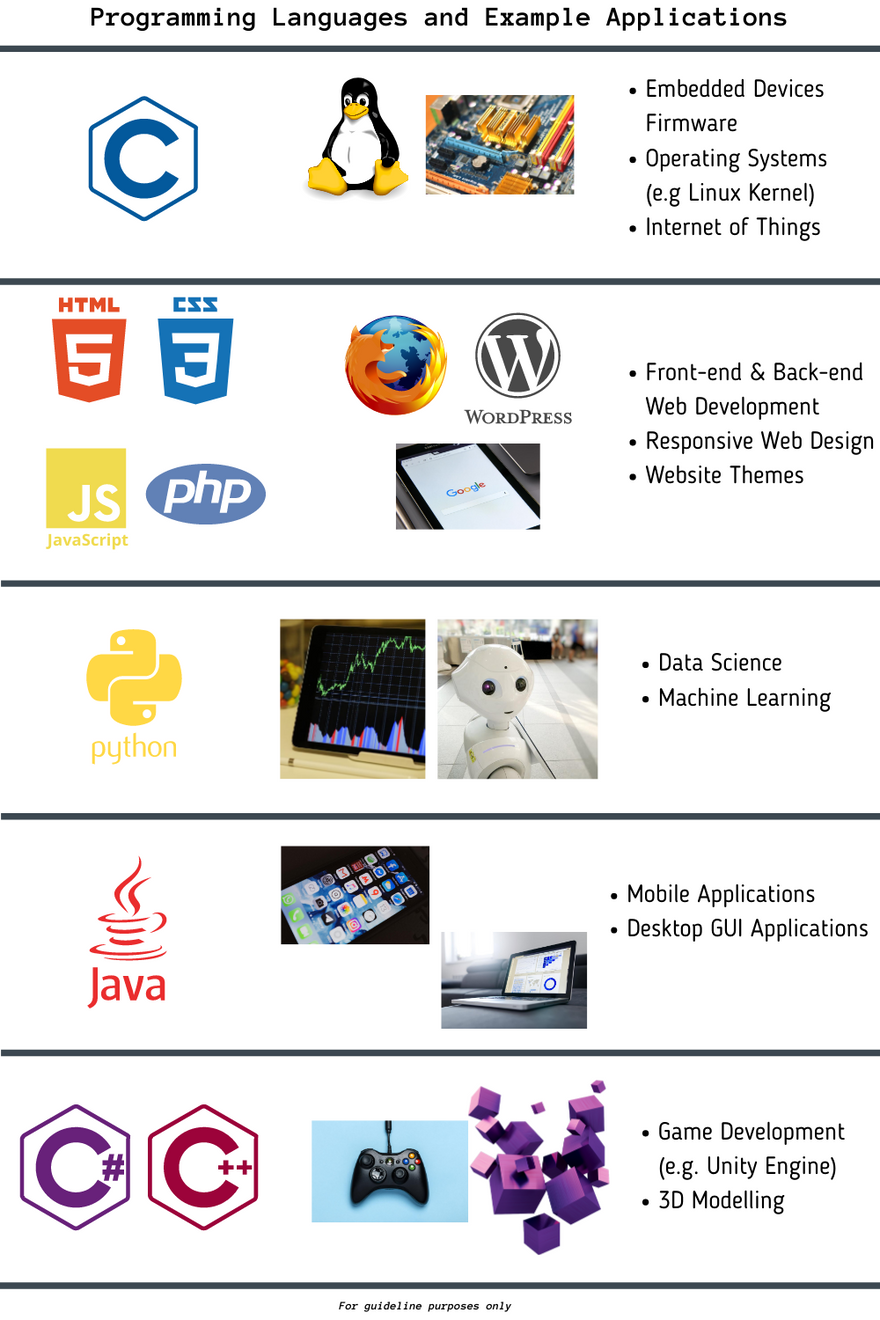 Question 3: What's your level of commitment in learning to code? 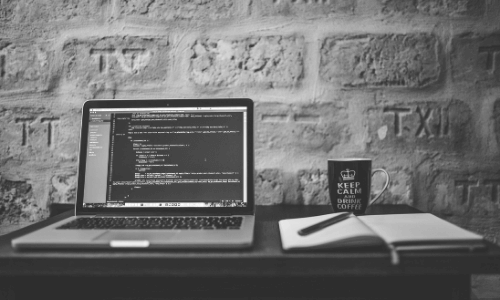 A popular language may not be beginner friendly. Take C for example. Although it is one of the few languages which has consistently placed amongst the top 10 programming languages (sources: PYPL, TIOBE), many do not consider it as beginner friendly when compared to languages like JavaScript or Python.

I do believe C is worth consideration of a language to learn first, but only if you want to develop applications where C is the ideal choice such as for Embedded Systems. (Fun fact: C was the first programming language I learned).

But C aside, something to think about is if you would like to start out with a language that will take a bit more time to learn compared to a super beginner friendly one. So once you've gone past the hurdle of learning the language considered less beginner friendly, it should make it easier to learn other languages. A factor to consider here is finding a balance between your desire to learn programming and the amount of time and effort you are willing to give.

Community support can also be crucial. If you think you'll become discouraged if it takes you hours to find a solution to a problem you're faced with, then pick a language that has tons of community support and good documentation.

The verdict: So exactly what programming language should I learn?

Ideally you want to learn a language that interests you and allows you to reach your coding goals.

If you have no idea where to start, try a beginner friendly general purpose programming language with decent popularity. (If you wanted my personal recommendation I would suggest Python).

No matter your decision, try not to put too much pressure on yourself. If you try a language and discover it's not for you AFTER you've given it a good amount of time and effort, then try another language.

HOWEVER, please do not jump from one language to another frequently because you got 'bored' or it was 'tough'. If this happens, you need to consider if coding is something you want to seriously pursue. If you find yourself in this situation, stop and discipline yourself to stick with one language for some time. You should commit to completing at least one or several projects in the language before moving on and trying another language.

These factors act as a guideline and should get you thinking of how to go about selecting a first programming language.

It's important to remember that a first language will not forever define the type of developer you are. You may start with embedded C and eventually decide you enjoy doing front-end web development using JavaScript. You may start with Python and end up becoming a pro at writing mobile apps using Java.

As one programming language can't do it all, it's very likely you'll eventually have to become familiar with more than one. Just a heads up not to get too attached to a language!

Any thoughts on this subject? Are you currently in the thinking process and asking yourself what programming language should I learn first? Comments are welcome.

If you found this helpful check out more posts on developer tips and coding productivity on my blog :)

Once suspended, funbeedev will not be able to comment or publish posts until their suspension is removed.

Once unsuspended, funbeedev will be able to comment and publish posts again.

Once unpublished, all posts by funbeedev will become hidden and only accessible to themselves.

If funbeedev is not suspended, they can still re-publish their posts from their dashboard.

Once unpublished, this post will become invisible to the public and only accessible to Fum.

Thanks for keeping CodeNewbie Community 🌱 safe. Here is what you can do to flag funbeedev:

Unflagging funbeedev will restore default visibility to their posts.