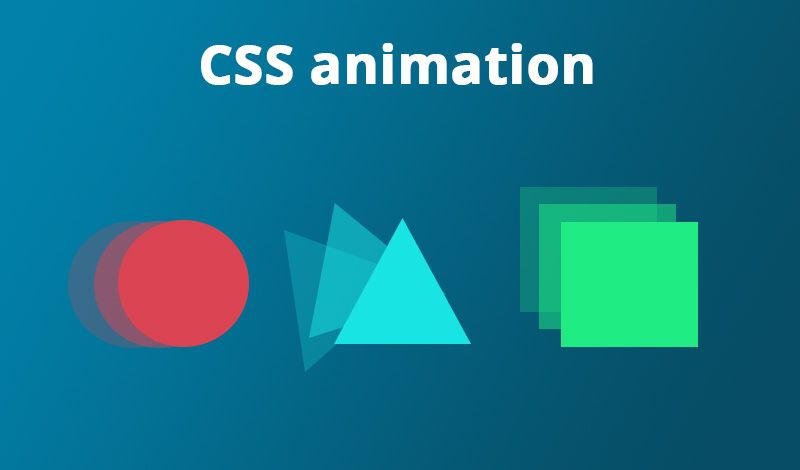 The descriptions below are a brief overview of the topic. Go through the recommended resources to get in-depth explanations of CSS Animation.

Animation is a method in which figures are manipulated to appear as moving images. It is the capturing of sequential, static images, drawings, or photos of inanimate objects and playing them in rapid succession to mimic real-world motion.

What is CSS Animation?

CSS Animation makes it possible to animate transitions from one CSS style configuration to another. Animations consist of two components, a style describing the CSS animation and a set of keyframes that indicate the start and end states of the animation’s style, as well as possible intermediate waypoints.
CSS Animation lets an element gradually change from one style to another. You can change as many CSS properties you want, as many times you want. To use CSS animation, you must first specify some keyframes for the animation. Keyframes hold what styles the element will have at certain times.

I have completed 40 days in the 100 Days of Code Challenge. Below is a recap of everything I accomplished during this fourth chapter.

The majority of my coding for this chapter was for two main projects.

For this project, I created a background image and I centered a text on the image using the flexbox properties. I animated the text to make it type on its own and the text cursor blink infinitely. You can check out this project on CodePen and GitHub.

My plans for the next chapter are:

• Working on CSS Illustration and building projects on them.

I am writing this post to help other beginners like myself understand this topic better. I hope you enjoyed this post and that reading it provided some useful information.

I have only been coding for a few months now, so there is still a lot for me to learn. I would love it if you could give me any feedback on my projects.

Also, if you know any other recommended resources not mentioned on the list and you want to share, please feel free to drop the link in the comment section.