What is a user interview?

Everyday, you probably would have said something along the lines of:

"What would you guys want for lunch?"

"How is the COVID-19 situation is still so bad everywhere?"

But are any of these questions considered suitable for a user interview? Well it depends! According to the Nielson Norman Group, the World Leaders in Research-based Experience, they say that

A user interview is a UX research method during which a researcher asks one user questions about a topic of interest (e.g., use of a system, behaviors and habits) with the goal of learning about that topic.

Putting aside the part about the researcher, all of us at some point would have done this - asking people to understand better about a subject matter.

If it's the latter then you can say that you are conducting a user interview, since that would be considered a research topic. By looking into a research topic, you are a researcher in role, even if it's not in your job title 😎.

If you're asking many people at once for a research topic using broad questions, then you are doing a user survey. A user interview is more of an in-depth 1-1 non-interrogative conversation between the interviewer and the interviewee. The part of non-interrogative here is very important, because you want to actually understand facts about your target audience as they are, and not influence them to give you answers that you want to hear. 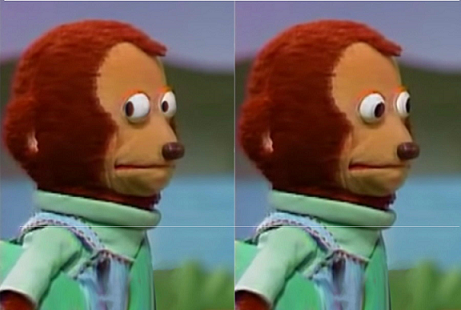 As a developer, why should you bother with user interviews?

Note that many of the examples here will be more relevant for developers working on their indie side projects or developers that are working in startups.

As a developer, it is important for you to understand truly:

An often missed out point would be that as developers, we also tend to have some form of assumptions about all these 3 questions - what the problem is, who our customers are and why our solution is good. So we would try to answer them ourselves - which is an OK strategy for a start to make a Proof of Concept (PoC) or a Minimum Viable Product (MVP). But as you progress further in your project, and you still don't talk to anyone from your target audience, you would start to realize a big difference between the market's expectations and your product. 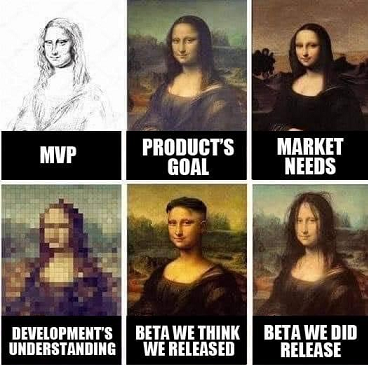 But what are these assumptions, and why would we be swayed this hard?

This is something that everyone has, regardless or not whether you are a developer. We put people into boxes where we assume certain people just do certain things for certain reasons, even when sometimes we have never talked to those people individually before. It is an inevitable judgmental instinct that humans have. Personal bias cannot and should not be removed - everyone has their own right to think of things the way they want - but it is crucial to be actually aware that you have such predispositions.

An example is when we hear about people complaining about the same problem repeatedly, as developers, we tend to assume that they are either helpless or that they are trying to avoiding the problem. After all, problems in real life are like bugs in our code - why would you allow them to persist and fester?

Does that sound familiar? I too am personally guilty of this sometimes with my friends. 🤣

That's why it's pretty important to have a deeper 1-1 conversation with our target audience rather than deriving problems from the face value of casual complaints.

Another issue would be that sometimes as developers, we are too fixated on technical implementation details. This tends to be a result if your mindset and personal goal for working on a project is just for that project to be a stepping stone for you to learn technical skills rather than actually trying to solve someone's problem.

Sometimes because of this fixation on technical details, we would also unintentionally filter out features that our target audience might actually be concerned about, in favor of stuff we think would be cool to implement and will be helpful for them before we even have any conversation with them 😰

A developer's assumptions, along with their fixation on technical details often serve as a double edged sword when it comes to solving problems. On one hand, we improve in our analytic thinking and problem solving skills when it comes to technical problems, and on the other hand, sometimes we lose connection to the end users and why we are even trying to solve the problem. It is thus important for developers to take effort in trying to conduct user interviews to come up with a better grasp of the problem context and take iterative steps rather than incremental steps to reach the goal of their project. 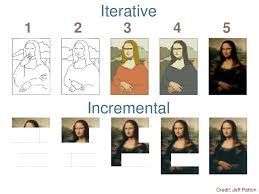 In the case where you are working in a company that already have excellent UXUI designers that are more professional to conduct the user research, and you would usually just translate their mockups to code, it won't hurt to ask to look over the user interview results that they have gotten together with them. You could possibly bounce off great ideas from both the technical and creative sides in coming up with a better user experience and interface before embarking on its implementation. You would also have a better understanding of the trajectory that your designer has in mind for the product, and plan a more scalable technical architecture for it.

On a side note, while user interviews tend to be 1 person questioning and 1 person answering, sometimes the interviewee sometimes would ask questions back to clarify what or why you're asking. Be respectful, objective and don't lead the interviewees to giving certain answers (or questions like below 😂).

A tool which can build a live streaming in 5 minutes.

Estee Tey
A gamer, designer and builder. I enjoy thinking about how and why we code.
3 Easy Steps to work on your next side project more effectively
#devjournal #productivity #tutorial #webdev
How I started Technical Writing
#writing #watercooler #codenewbie #beginners
What kind of learner are you?
#newbie #discuss #productivity
Log in Create account