Git is an essential tool for most developers. It allows you to track and describe changes in your codebase, which are then tracked inside repositories. Each repository is set up from a folder—called the root folder—and by default, Git proposes you track all the files that are inside.

In most projects, you don’t want to track and share all the files that are inside the root folder—and Git provides you with a way to easily control what files it should propose that you add to the repository.

.gitignore is a file that lets you describe name patterns of what Git should ignore. It supports wildcards, so with few rules, you can catch many files that should be ignored:

Why is .gitingore’s name starting with a dot? It’s a UNIX convention for hidden files. So, for example, the ls -l command will not show it.

The most common is to set up .gitignore in the root folder of the project. It’s the first place other people will check, and by specifying a nested location, it allows you to control any files across the codebase. You can find it in most serious projects. Here are a few open source examples:

.gitignore files can be added in on any level of the repository tree. When provided, it will control the files inside it—everything else works like from the root folder. Example for open source:

You can specify a global .gitignore, and put the patterns that are specific to your environment. For example, you might do this if your code editor creates temporary files in the folder where it’s open, and you don’t want or cannot alter the project’s .gitignore.

To get it set up, first check this setting:

You will get the name or your global .gitignore file, or nothing. In the latter case, you can set the file name yourself. For example, for Linux or macOS, you would probably do something like:

Then, in that file, you add patterns related to your code editor and operating system. In my case, I would ignore temporary files created by Vim:

What are things that you should ignore in your JavaScript project?

node_modules is a folder where npm installs all dependencies. Some people argue it can be tracked as part of the repository, but the most common approach is to ignore it. I recommend ignoring it because:

Any folder containing the results of your build or testing. Some common examples:

Why ignore them? The output is noisy, and they can be recreated from the source whenever it’s needed.

Different team members often use different code editors. Definitely, you don’t want your configuration leaking to the repository—it could mess up settings of your colleagues who use the same editor, and it will create noise for everybody else. As editor choice is unrelated to the project, it would make sense to have everybody set the correct ignore pattern on their machine. As you can see in the open source examples above, teams often decide to just add the editor-relater patterns to the project .gitignore—after all, it’s usually just a few lines at most.

As you can see, setting up .gitignore can get pretty complicated. Luckily, you don’t have to create those files completely on your own!

As you create a new repository, you have this dropdown available: 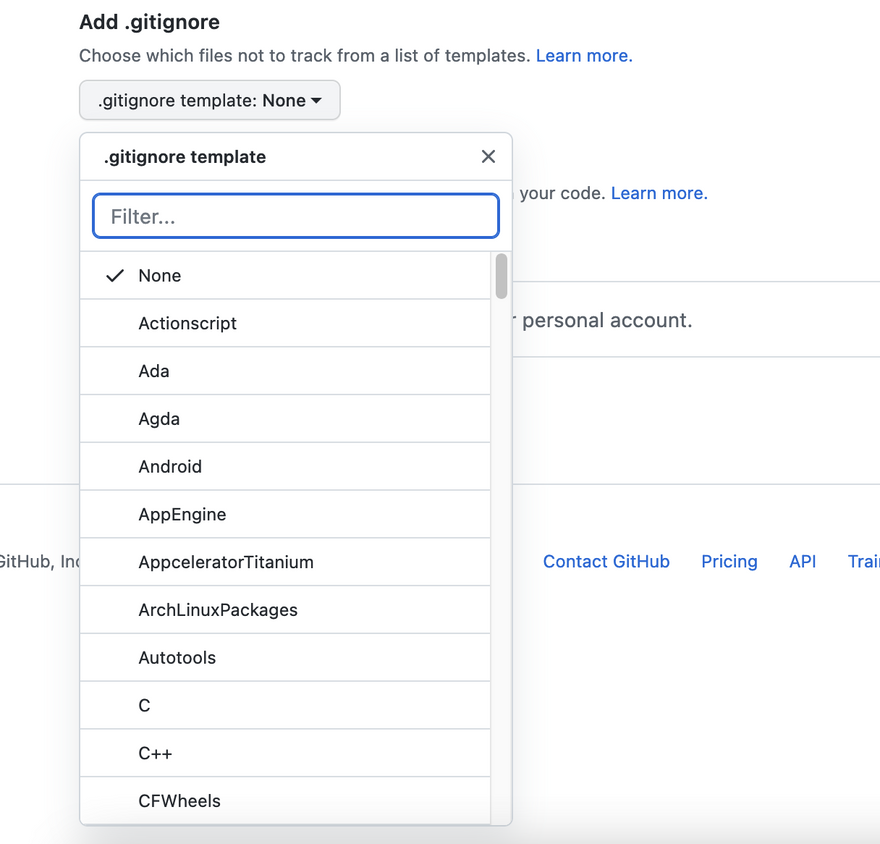 With it, you can initialize your repository with a .gitignore related to your project’s needs.

In this way, you can create a file that covers exactly the right combination for your project.

Benefits for Business of DevOps You Must Know

Metropol FM - One Stop Shop For Your Music Cravings