Hey CodeNewbies! As mentioned in my intro post, I'm Nick, an engineer at Forem, the software that powers this site. 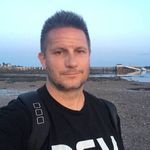 We have posts on DEV about this, but I just wanted to mention it here as well on the new CodeNewbie community. DEV has a Twitch stream, where we stream every Wednesday, at 6pm UTC (1pm Eastern).

One week we have a guest from the developer community that Christina Gorton (@cmgorton) and myself interview. Some recent guests have been Shawn Wang, a.k.a. swyx, Veni Kunche, Eve Porcello, and Gant Laborde.

The following week we have someone from the developer community come on and do a live coding pairing with me working on an issue from the Forem codebase.

Welcome to the Forem codebase, the platform that powers dev.to. We are so excited to have you. With your help, we can build out Forem’s usability, scalability, and stability to better serve our communities.

Forem is open source software for building communities. Communities for your peers, customers, fanbases, families, friends, and any other time and space where people need to come together to be part of a collective See our announcement post for a high-level overview of what Forem is.

dev.to (or just DEV) is hosted by Forem. It is a community of software developers who write articles, take part in discussions, and build their professional profiles. We value supportive and constructive dialogue in the pursuit of great code and career growth for all members. The ecosystem spans from beginner to advanced developers, and all are welcome to find their place…

Just wanted to drop who's joining us on the next couple of streams.

This listing has expired.

This listing has expired.

If you're interested in pairing on the stream, just fill out the form, iamdeveloper.com/pair, and we'll get in touch with you.

Hope you check out the stream and if you haven't already, give us a follow on Twitch! twitch.tv/thepracticaldev 👋🏻

What are Some White-label NFT Marketplace Development Solutions

From Front Desk to Front End p. 15 Code Blogging as a Newbie

Learning Coding Is Tough, How to Make It Simple?

The Occasional Update - no.5

Nick Taylor
Staff Software Engineer at Netlify
Getting Started with Streaming on Twitch
#learninpublic #twitch #streaming
I started a newsletter!
#news #webdev
What's something you're struggling with?
#discuss #webdev

Once suspended, nickytonline will not be able to comment or publish posts until their suspension is removed.

Once unsuspended, nickytonline will be able to comment and publish posts again.

Once unpublished, all posts by nickytonline will become hidden and only accessible to themselves.

If nickytonline is not suspended, they can still re-publish their posts from their dashboard.

Once unpublished, this post will become invisible to the public and only accessible to Nick Taylor.

Thanks for keeping CodeNewbie Community 🌱 safe. Here is what you can do to flag nickytonline:

Unflagging nickytonline will restore default visibility to their posts.