The CodeNewbie Writers of the Month Awards is a monthly "awards ceremony" here on CodeNewbie Community where we showcase three standout writers from the month before. These three folks authored posts that our judges deemed particularly helpful to the community. We announce the award-winners during the first week of each month. Thanks to all of you for your fantastic contributions to this space! ❤️

In no particular order, here are the winners of the CodeNewbie Writers of the Month Awards for January 2021...

How Developers can learn from the mistakes of Cyberpunk 2077

If you aren't familiar, Cyberpunk 2077 is an action role-playing video game released last year. The game quickly became notorious for having tons of glitches and bugs — a lot of which can, unfortunately, be attributed to the negative culture of "crunch development" where developers are expected to work around the clock to deliver a game by a certain time, often at the cost of their mental health and game quality.

In this retrospective of Cyberpunk 2077's development, @andrewbaisden pulls out several things all developers can take away from the pitfalls of the game. Just remember that a lot of the misguided decisions around this game were outside of game testers' control!

(P.S. If you'd like to learn more about the harmful effects of crunch culture in gaming as it relates to Cyberpunk 2077, this recent episode of the DevNews podcast is worth your time!

Helen Anderson (@helenanders26) — "AWS concepts from A to Z"

Amazon Web Services, aka "AWS" is frequently cited as being one of the largest ecosystems of software tooling around — after a few hours researching the various services AWS has to offer, you might start thinking that the folks over at Amazon have created a brand new secret! A landscape that large can be intimidating for even the most experienced developer, but @helenanders26's handy guide breaks it down in the form of a glossary. Great work, Helen! 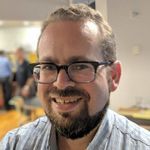 Around four years ago, @benjamin switched from Rabbi and Educator to Software Developer. Like with any career change, when Ben looks back on their transition, there are many things they'd do differently. For those of you that are starting down a new path in software development (whether it's your first career or your fourty-seventh), Ben's three primary pieces of advice for making the move are incredibly helpful, reassuring, and practical.

Congrats to our CodeNewbie Writers of the Month! Keep up the great work and you might just be on next month's list of top authors!

Dev Retro 2022: How I overcame imposter syndrome and found my way into coding

The Hitchhiker’s Guide to the Command Line