Welcome to the “CodeNewbie Community Spotlight” — a series where we interview an individual from our community and highlight all that they’ve accomplished. We can’t wait to celebrate our CodeNewbie community in a new and different way each month! 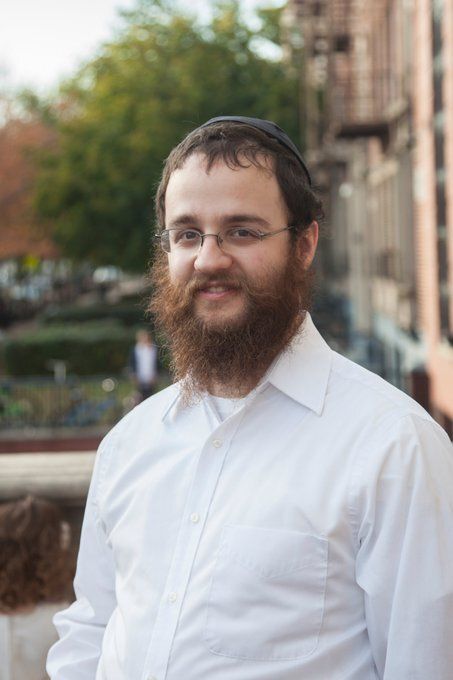 What got you into coding?

Ever since I was a kid, I was always curious about how things worked. I was that kid who would sit in the back of the class, taking apart and putting back together anything I could get my hands on, mechanical pens, gadgets, watches, you name it.

Computers were more of a challenge. Taking them apart didn't help much; it was just a bunch of processors which I couldn't look into or figure out how they worked.

At one point, when I was a teenager, I got an app for my Palm Pilot (remember those?) that let you look, and even edit, the source code for any app. It wasn't very helpful; most of it was compiled down to binary files that read like a bunch of gibberish, but here and there, there were values I was able to play around with and change the behavior of some of my apps.

As I got older, I didn't initially go in the development direction as a career. Instead, I spent a few years as a rabbi and an elementary school teacher, which I loved. At one point, though, teaching wasn't working out, and I needed to find something else.

I found a job doing tech support, and for a while, I loved it. It brought back that sense of wonder at figuring things out, breaking customer's problems down to figure out where the issue was (a skill I would later learn was called "debugging ").

I loved that job. I was learning a lot and felt stimulated. But then, at one point, I plateaued; I learned all there was to know about the systems I was supporting, the problems started getting repetitive, I could solve most of them in my sleep, debugging wasn't as fun anymore.

Professionally as well, I pretty much hit the top of the tech support department, and there was nowhere left to advance, and the salary was nowhere near enough to raise a family.

Then, one day, I was talking to my mother and she mentioned that a friend of mine who worked with her took a bootcamp and got a job as a programmer. She then asked why I didn't do something like that, saying "after all, you're pretty smart, aren't you?".

I didn't want to argue whether I was smart or not, but I told her that I wasn't "that kind of smart." At that time, I had the misconception that programming was only for a very specific type of person, someone who was born in a Linux terminal and hacked their way out of their nursery crib.

My mother was pretty insistent and tried to convince me that it would be a good career choice. I brushed her off, insisted that it wasn't for me, ended the conversation, went home, and... immediately started Googling coding tutorials.

It didn't take long for me to realize that maybe programming WAS for me. I eventually enrolled in an online bootcamp, got my first job as a web developer, and the rest is history.

Even though I switched from teaching to engineering, I'm still a teacher at heart. My dream role is at a company with a strong mentorship culture. Where sharing knowledge is the norm. Where clear and open communication is valued. Where diversity, inclusion, and equity are not just slogans on their jobs page, but just the way things are. 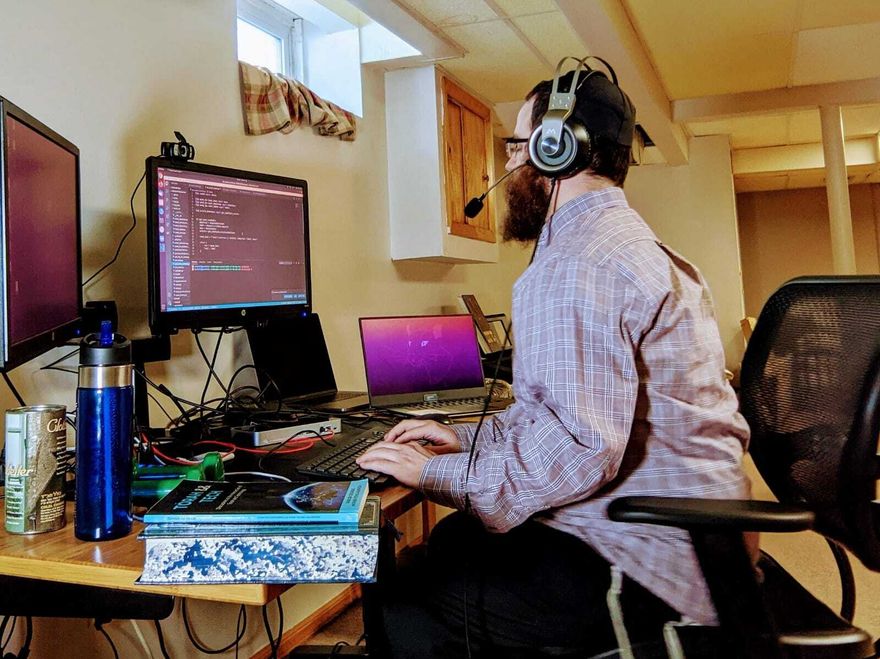 What made you decide to join a community as part of your coding journey?

Community is what got me through bootcamp!

When I was going through bootcamp, I was still at my previous full-time job, which meant the only time I had to learn was late at night and over the weekend. On a given week, I would stay up until 2-3 am 3-4 nights a week!

The bootcamp I took offered great support, but the instructors typically only stayed on until 11 pm, and after that we were on our own. So a group of us night owls created our own support group on Slack to help each other out.

Of course, it went beyond just coding help. We provided accountability for each other, helped each other set goals and stick to them, supported each other through personal hardships, and celebrated each others' wins. We were like family and some of those friendships lasted until today! Online communities like #CodeNewbies and the community at DEV were instrumental as well in helping me realize I wasn't alone and that there was a great community in tech that would always have my back as I would theirs.

“Online communities like #CodeNewbies and the community at DEV were instrumental in helping me realize I wasn't alone...”

What is something you’re particularly proud of?

A little over two years ago, my friend Ben Greenberg was moving half-way around the world to Israel.

Ben, like me, was a rabbi who made the transition to tech. We were at bootcamp together, got our first programming job around the same time at the same company, and supported each other through that first year in a new and scary world.

With him moving away, we were looking for ways to ensure we would stay in touch. Together we came up with the idea for Torah && Tech; a weekly newsletter where we take lessons from the Torah and apply them to topics like artificial intelligence, code ownership, object-oriented design, mentorship, team-work, and more.

It started as a way for two friends to keep in touch, and now, two years later, it is still going strong with more than 200 subscribers, a Discord server, and a book (with Volume 2 on the way)!

Tell us about a struggle you’ve overcome.

Going through a coding bootcamp while holding down a full-time job and balancing family responsibilities was probably the hardest thing I've done in my life.

For a year, I would stay up until 2 or 3 AM 3-4 nights a week. Also, during that year, my daughter was born, and we had to move out of our home on short notice, so it was quite the year!

There were a few things that helped me cope through it...

My spouse, for one, is an angel. She put up with a lot that year and gave me the space and encouragement to keep going throughout it all!

I also made it a point to carve out time for things that weren't coding and computers. Friday nights and Saturdays, the computer was off-limits to me due to Shabbat, but I also tried to spend as much time as possible on Sunday with the family.

During weeknights as well, I wouldn't start doing bootcamp lessons until after the kids' bedtime was over so that I could maximize my time with them. Additionally, I made it a point to go to bed at a normal hour at least one weeknight.

Thankfully, the investment of that year paid off, and the work-life balance I enjoy now more than makes up for that crazy year!

What is one fun fact about you?

I'm a huge aviation nerd! I love everything about airplanes and flying. I've taken a few exploratory flight lessons and hope to one day, when we get our finances in order, get around to getting my pilot's license. 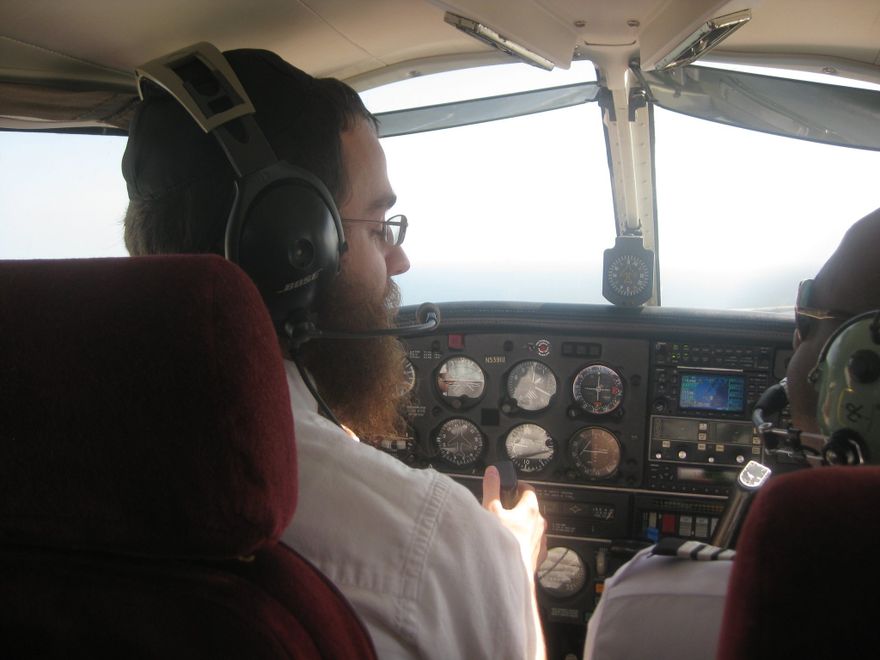 To read more about Yechiel’s coding journey, you can follow him here on CodeNewbie Community and DEV @yechielk. One we particularly loved was this helpful post on skills you should be learning as a developer!

See you next month for another CodeNewbie Community Spotlight! 💚